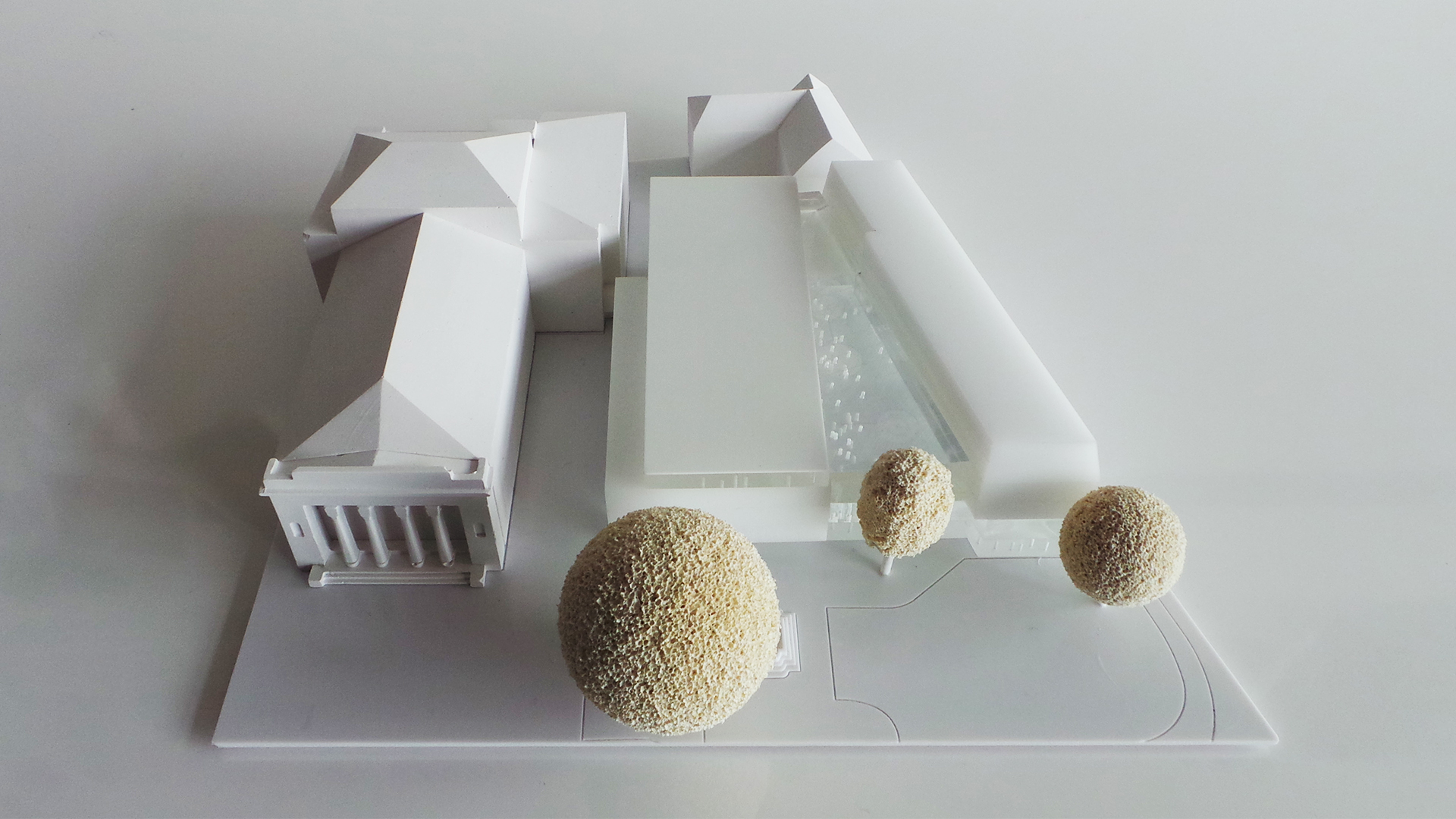 However, the additional features of a house of music with a more solitary character, as an independent and democratic institution is without bias in the surrounding context, combined with a transparent and clear interior, encounters and unexpected relationships are made possible, which we believe offer greater Weight. In addition, the channel height of the neighbouring buildings is observed from a recoil (backward tilt) of the south facade to around 13 meters.

The House of Music consists of two building volumes with an open public space in between, which connects the two volumes together. The building is oriented to the square on the Rennweg. There is also the main entrance, overlooking the Imperial Palace and the connection to the old town. The northern volume follows the orthogonal grid of the Tiroler Landestheater and accommodate all concert halls and theatres. The southern volume follows the angular displacement of University Street. In this part all the offices and rehearsal rooms are planned. Both volumes are raised to the side of the racing path and the University street above street level, so that the public space from the square and the road extends into the House of Music.

The transparent façade and public programming throughout baseboards Rennweg and Universitätsstrasse improve accessibility and create attraction and liveliness. In the northern volume all the halls are stacked. The internal logistics platform is therefore organized very efficiently. Within a radius of 15 meters around the scenery lift all platforms and storage rooms on the various floors are accessible without barriers.

The public road dynamic that extends into the building, leads the guests to the heart of the space, from where you will be invited to have a look at a representative cross-section of the entire house of the music program.

Unlike the traditional concert and theatre halls, which are organized in a linear (rehearsal and backstage – stage – audience), the House of Music is organized centrally. The visitor in the middle, around it the rooms, offices, restaurant, and library, can at a reasonable distance, view all practice rooms. The central public route is designed ultimately as a unifying element for all users of the House of Music, both physically and visually.

In the private part of the house of the music, in the southern rational construction volume, the various institutions, offices, seminar and training rooms are housed. The traffic circulation in this area connects seamlessly with the spacious public main directions so that the coincidence of different users of the house of music is encouraged. The roofscape consisting of two roof gardens, areas for rest and retreat, in addition some minor Vorfürungsräume contains make a special attraction in view: a view of the historic old town and the Tyrolean Mountains, and thus provides an atmospheric backdrop for exquisite music. 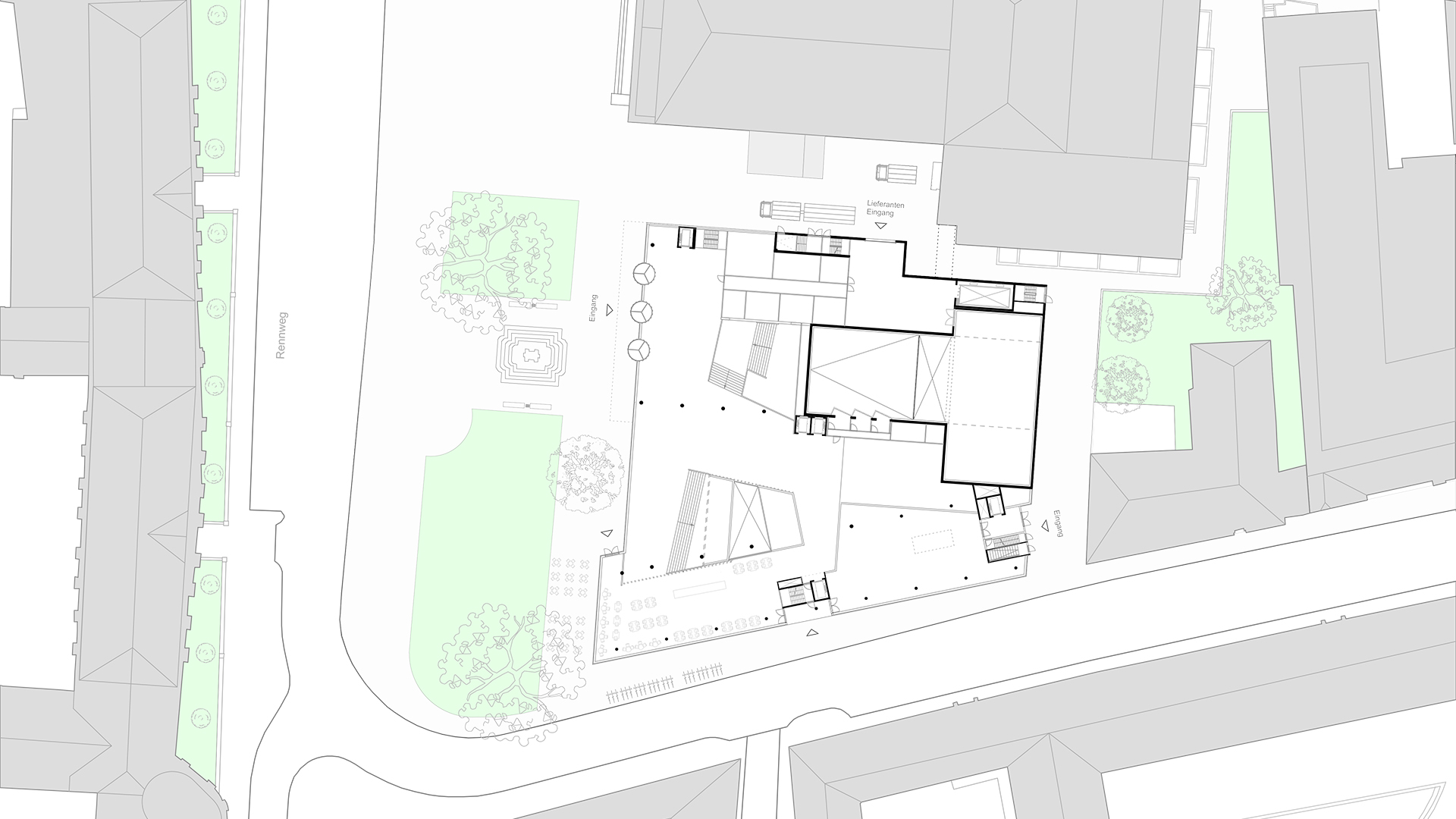 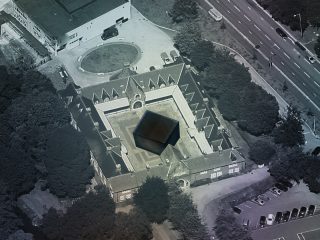 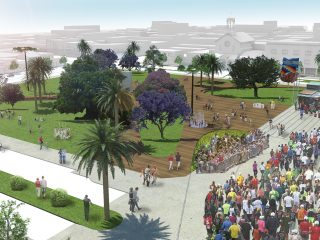