Tom van Odijk and David Baars started working together in the summer of 2004. Numerous successful projects followed, whereupon in 2008 the two designers decided to continue their collaboration under the name TOMDAVID Architecten. Whilst inspirationally complementing each other, they worked on unique design projects such as follies and pavilions, temporary and mobile architecture and exhibitions, both in the Netherlands and abroad, including the Rotterdam Pavilion at the World Expo in Shanghai. 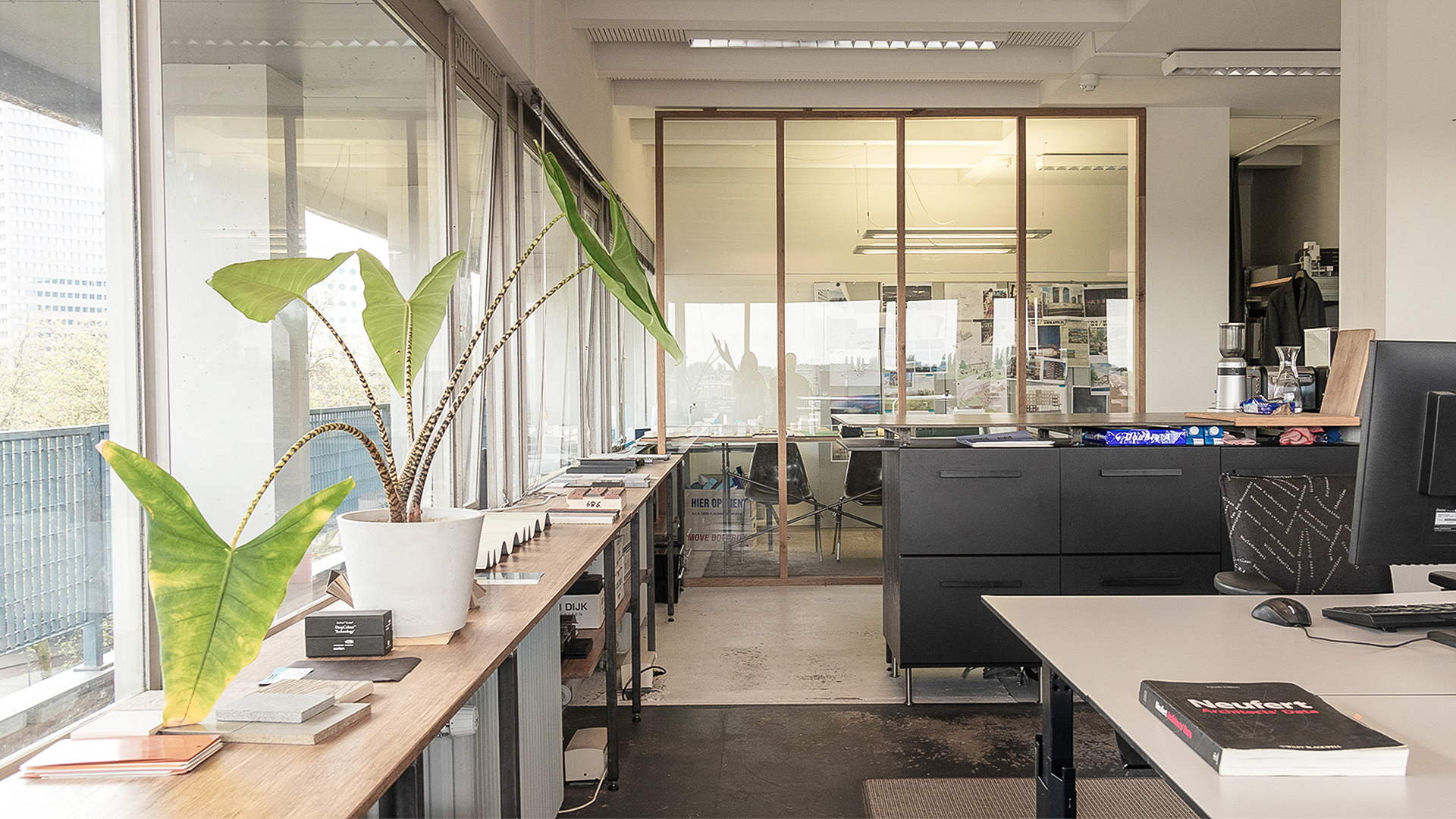 TOMDAVID never ceases in its search for design solutions that match the client’s, users’ and the environment’s requirements to the fullest. To find these solutions the agency deploys various building blocks: architectural ‘tools’, technical innovation, identity and interaction, a feel for aesthetics and a sense of humour. But good chemistry with the client, the exchange of knowledge and inspiration also contribute to the best end result possible. TOMDAVID keeps achieving successful projects without making concessions to the concept, whilst adhering to the brief. As such the designers not only continue to grow in their personal development but keep challenging and astounding their clients as well. In addition to which TOMDAVID continue seeking new challenges. To retain and hone their skills – but also as idealists – they also develop visions for public urban spaces at their own initiative. 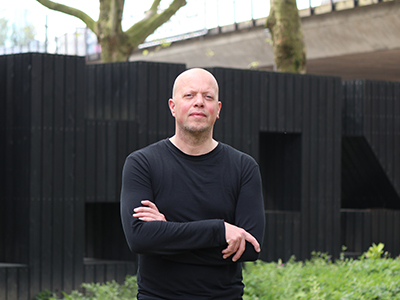 Founding partner/ principle designer at TOMDAVID and business leader since 2008.

“A successful and satisfying design for our common (spatial) environment is the search for the right compromises that most stakeholders agree with. Whereby the creativity and innovativeness of the designer can help society just that little bit further in our evolution”.

Tom van Odijk is co-founder of TOMDAVID, an award-winning studio that works on the intersection of architecture, design, research and social-urban developments.

Born in Würzburg, Germany, 1969 and life experienced in Stuttgart, Rio de Janeiro and Heerlen. Educated in Rotterdam; Architectural design at Willem de Kooning Academy Rotterdam (2003); law school at Erasmus University Rotterdam (1997). Between 2006 and 2008 he was project leader at the Nederlands Architectuur instituut (NAi) for various national and international exhibitions such as the Architecture Biennale in Venice (2006) and the innovative ‘ongoing program exhibition – Happening’ with Wiel Arets Architects (2008). Between 2009-2010 he was teaching concept & architectural design at the Willem de Kooning Academy. Since 2015, he has been working on a thoughtful growth of the studio, which has created a stable basic structure for TOMDAVID, an enthusiastic team and resulted in many challenging new projects. 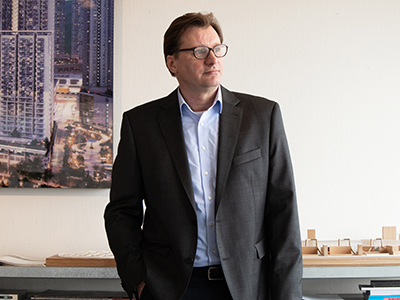 Founding partner/ principle architect at TOMDAVID and architectural leader since 2008.

”Every design process needs a discovery or find. A find that will strengthen the concept, strengthen the relation between object and context, and will make the design-solution unique and stand-out amongst the mass produced buildings and spaces”

David Baars is co-founder of TOMDAVID, an award-winning studio that works on the intersection of architecture, design, research and social-urban developments.

Born in Gouda, Netherlands in 1966, educated in Rotterdam at the Willem the Kooning Academie (1992), and later at the Rotterdam Academy of Architecture and Urban design. (graduated cumlaude in 2002).

Worked between 1998 and 2004 as a freelancer for several architecture offices and was a partner at ASWA architecten between 2004 and 2008. Was from 2002 till 2006 active as a design and architecture teacher and was head of the architectural design department at the Willem de Kooning Academy in 2005.  Started the TOMDAVID office together with Tom in 2008 and have been working since on technical innovative and adventurous designs. With a special interest in kinetical additions to the mainly statical architecture profession. 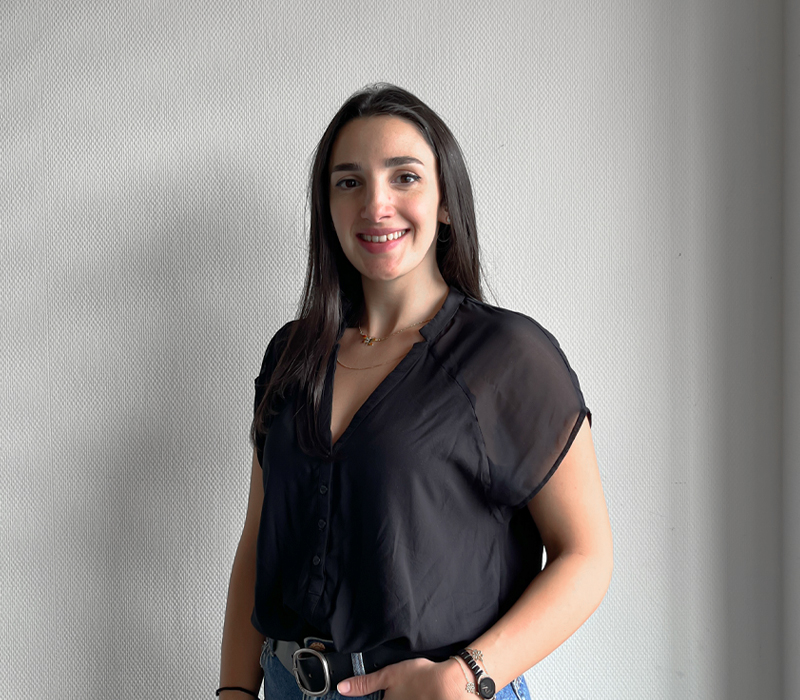 Ruowen completed her Bachelor’s degree at Beijing University of Technology (2019), and MSc. in Architecture at TU Delft (2022). Candidate of Archiprix student award 2022. In her work she focuses on adaptive building reuse, urban revitalization and circular material flow. 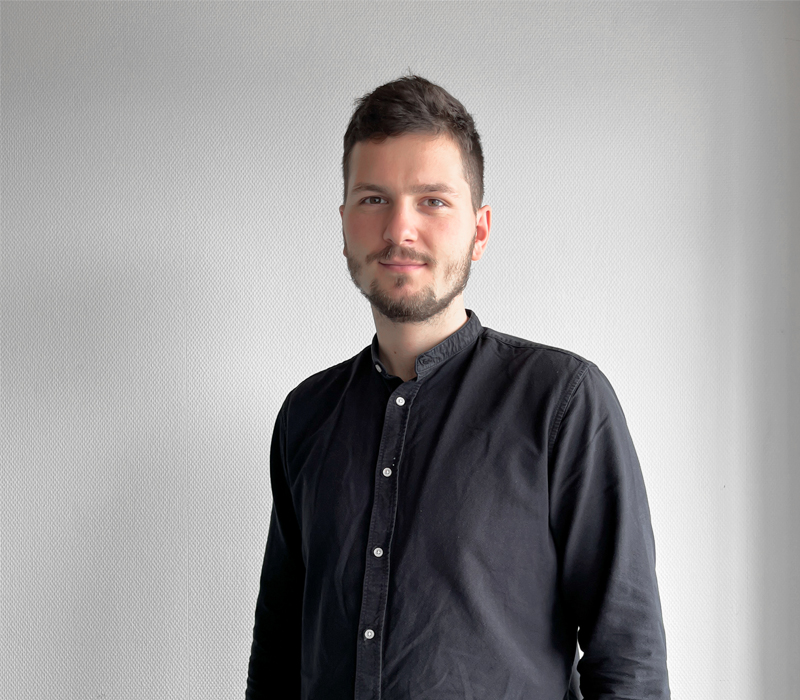 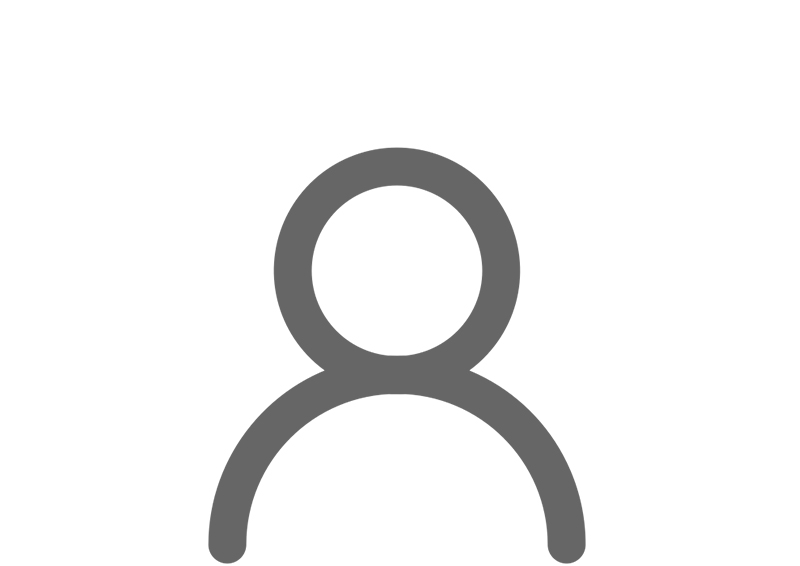 Master’s degree in architecture engineering at NTU of Athens. Coming from a family of builders gives him a lot of technical strength in his profession. Panos is a true believer of ”less is more” approach, he always seeks the beauty through the simplicity.

Started from the northernmost province of China, she earned the Bachelor’s degree at Harbin Institute of Technology. As an architect always on her way, she enjoys learning from cities: she has been a volunteer pavilion builder in Bali, an exchange student in Taiwan, and finally was lead to TU Delft. Gained her master degree there at 23, the young adventurer soon found her way in TomDavid, Rotterdam. The frequent switch of contexts provides the soil for an inter-culture portfolio of various scales. Then where is the next stop?

born in Warsaw, has earned her Bachelor’s degree at Warsaw University of Technology (2015), and Master’s degree at Delft University of Technology (2017). In her work she focuses on the public sphere in cities, represented in different scales – from public interiors to urban planning. She is also an eager participant of architectural competitions, as they make her explore a variety of topics within the field. She is currently living in Rotterdam, the city that she finds fascinating for its cultural diversity and similarities to her hometown.

Is an Italian building engineer and architect graduated in May 2015. During his academic years he has the opportunity to study architecture in Madrid for one year, and to design and build an ecological house in the USA. He is interested in the capacity that architecture has to deeply influence the way of life, and he is fascinated from the expressive possibilities of architecture.
He is always looking for new architectural experiences, and people with different views, because of the belief that the sharing of knowledge makes it possible to better understand our environment. That’s why he is now in Rotterdam.

in 2010, where she was also professor for some years. In 2012, after having worked in many architecture studios and infrastructure companies in Latin America, she moved to The Netherlands, where she has been working and increasing her professional experience for the last years. She is one of the directors of PLAAN (Platform of Latin American architects in The Netherlands).

She believes that learning from other cultures, environments and different ways of build and think is enriching, and allow us to have the tools and the skills needed to give more adequate architectural answers for each project and context.

is an Iran-born architect, graduated from Eindhoven University of Technology with a master degree of architecture, gained working experience in both Iran and the Netherlands. Besides improving her skills in architectural design, she is interested in optimizing programming and design concepts in relation to a feasible technical design.

graduated in Architecture in 2012 from the University of the Basque Country, studying one year in University La Sapienza in Rome (2008). She has been working in Architecture firms in England and Spain, from which she has obtained international experience and practical knowledge in architecture. She is now completing her studies in Urbanism as it is the field she is interested in and where she wants to continue working in the future. She finds Rotterdam a very dynamic city and the best place to discover new opportunities in architecture.

born in Spain, completed her studies of Bachelor of Architecture Degree in Cesuga, part of University College of Dublin in 2011. She has been working for two years in an architecture and urban planning firm in Spain, in both new construction and restoration buildings projects, where she obtained the knowledge necessary to keep growing in the architectural field. Now, her ambition to continue exploring new ways of understanding architecture led her to know different cultures and find new opportunities, while maintaining cooperation with Spanish architects.

born in Venezuela, currently studying her 4th year of Architecture in the University of the Andes (ULA). Her love for traveling and getting to know new cultures brought her to the decision of seeking an opportunity to work in a foreign office so; she landed in Rotterdam, for the variety of architecture in the city and the possibility of working at TomDavid, this architecture firm caught her eye for the diversity of projects, styles and designs to which she could feel related to. As an eager student this was the perfect opportunity to learn and expand her knowledge of architecture.

born in Spain, finished her studies in Architecture and Master Degree in Interior Design in 2009. She has been working in studios in Spain and Italy, where she improved her knowledge in the architectural area. One of her passions is traveling and exploring social and cultural challenges that cities can provide. That is one of the reasons why she landed in Rotterdam, to keep on seeking new undiscovered areas of the architectural field to strengthen her knowledge and work experience.

Pinar Sefkatli is an architectural designer currently working in Delft, Rotterdam and Amsterdam. Born and raised in Istanbul, she studied architecture first at Politecnico di Milano (2013) and then at TU Delft where she received her masters degree in 2015.
She sees todays society of transformation as a field of opportunities for exploring new ways of doing in architecture, and challenges herself to cultivate powerful ideas that can alter the relationship between the people and their built environment.

Born in Athens and obtained both a Bachelor’s and Master’s degree in Architecture at the University of Huddersfield in the UK where she gained valuable experience working on varied projects internationally. Always keen to travel with a passion on creating vibrant buildings and public spaces, which actively engage a wide variety of users. After graduating moved to Rotterdam to explore the city of many faces and keep strengthen her knowledge, skills and experience.

born in Spain and completed her studies of Architecture in Madrid in 2011. After some learning experience during a semester in Italy, she has been working in Architecture and Urban Planning firms in Spain and Canada. Paloma moved to Rotterdam to keep strengthen her knowledge and work experience in an international context.

born in Bilbao, finished her architecture studies at the University of Navarra in 2012. Well aware of the impact of architecture in the enviromment, she focused on learning about sustainable architecture. Thanks to this approach, she worked in an architecture firm in Bilbao for a year, specialised in restoration and redevelopment projects. After finishing her postgraduate studies at Technical University of Madrid in 2014, she is now in Rotterdam because of the incomparable opportunity this city offers to live and work, surrounded by innovative architectural development.

born in Spain, completed her studies in architecture at the Technical University of Madrid in 2012. A year earlier, she was working in India where she discovered a new way of understanding architecture. Thanks to this professional opportunity, she developed her final master thesis within the framework of international development cooperation in India; and considers that it is one of the best experiences that architecture has offered her so far. One of her passions is discovering new cultures and exploring different countries. That is why she decided to come to Rotterdam to discover different ways to develop architecture in a city full of opportunities for the architects of this new century.

born on Malta and daughter of a gifted carpenter, completed her architecture degree at the University of Malta in 2008. For three years she then worked with one of the busiest offices in Malta. Whilst roaming throughout Europe, India and the US in her student days, she continued her architecture studies at Iowa State (US). She was often involved in the organisation of lectures, workshops and exhibitions aimed at creating architectural design awareness. Her lifelong interest in architecture and innovative design has fuelled her decision to search for challenging, new experiences and grow professionally. She relocated to Rotterdam in 2011 for its vibrant culture and opportunities in architecture.

graduated in Architecture and Urbanism in 2007 at Fundação Armando Alvares Penteado, São Paulo,Brazil. In the following years he worked in two of the biggest architecture offices in Brazil.During this time he did a two years post graduation architecture program at Universidade Presbiterian Mackenzie, São Paulo, Brazil, graduating from there in 2010. As enthusiast of architecture and always seeking to improve his skills and knowledge in the field he moved to Rotterdam to begin a master program in architecture in 2011. 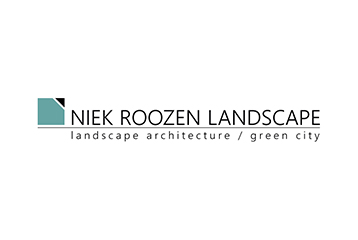 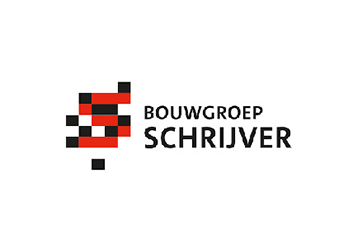 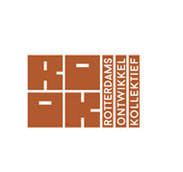 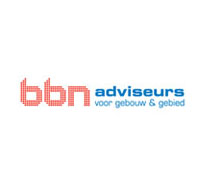 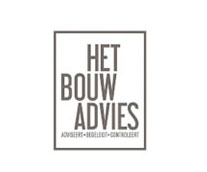 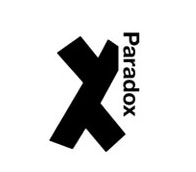 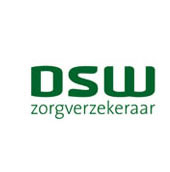